Top Charity Songs of All Time

This classic inspired the idea for “We Are the World" and helped prompt Live Aid, which happened seven months after this song's release. This Christmas #1 of 1984 was written by Bob Geldof and Midge Are. Geldof hoped the song would raise £70,000 for the famine in Ethiopia, but instead it raised £8 million within twelve months of release.

The tune was recorded by a supergroup of the biggest British and Irish musical acts of the time, including: Robert “Kool” Bell from Kool & the Gang, Bono from U2, Simon Le Bon from Duran Duran, George Michael from Wham!, and Boy George from Culture Club on vocals, as well Phill Collins on drums.

Some stars were not able to make it to the studio, so the single’s B-side includes recorded messages from David Bowie and Paul McCartney.

This song won three Grammys, an American Music Award, and a People’s Choice Award and has sold over 20 million physical singles worldwide, making it the first ever single to be certified multi-platinum. This record-breaking song was written by Michael Jackson and Lionel Richie, and produced by Grammy Legend Award winner Quincy Jones.

This song raised over $63 million for humanitarian aid in Africa and the US, the equivalent of $138 million today. It was able to garner this much success because of its all-star cast, including: Stevie Wonder, Paul Simon, Kenny Rogers, Tina Turner, Billy Joel, Diana Ross, Willie Nelson, Bruce Springsteen, Kenny Loggins, Cyndi Lauper, Bob Dylan, John Oates, and Smokey Robinson on vocals and Phil Collins on percussion once again.

This track not only raised money for AIDS research, but it kept U2 together. Tension during the recording of their album Achtung Baby almost prompted the band to break up, until the band improvised this tune which commented on their lack of unity. The song was a breakthrough for the members and helped mend their fractured relationships. Since its release, the song has been listed in many lists for the best songs of all time.

For each country in which the single was released, the royalties have been donated to a different AIDS charity. Manager Paul McGuinness revealed that U2 chose this cause because "the band feels that [AIDS] is the most pressing issue of the day, and we really have to focus people's attention to the AIDS plague that has been with us for 10 years." The single inspired the name of Bono's charitable foundation, ONE.

Elton John re-wrote this 1973 song off Goodbye Yellow Brick Road when Princess Diana passed away. The song had been originally written as a memorial to Marilyn Monroe. Elton John and Princess Diana had been very good friends, so when she passed, Bernie Taupin helped Elton John rewrite it as a tribute to the late princess. Elton John donated his royalties to the Diana, Princess of Wales Memorial Fund, raising £38 million.

The first line of "Candle in the Wind" originally sang "Goodbye Norma Jeane, though I never knew you at all,” and was adapted to "Goodbye England's rose, may you ever grow in our hearts" for Diana's version.

The song was produced by Beatles’ producer George Martin and became the second highest selling single of all time, only behind “White Christmas” by Bing Crosby (1942). The song has sold over 33 million copies worldwide.

Taylor Swift wrote this country ballad in memory of Ronan Thompson, a child who died of neuroblastoma in 2011 at only four years old. Swift quotes his mother Maya in the song and credits Maya as a co-writer on the track. Swift released the song to iTunes shortly after the "Stand Up 2 Cancer" telethon ended. All of the song’s proceeds go towards cancer research. “Ronan” received 220,000 downloads in its first week and charted at #16 on the Billboard Hot 100.

Click here to listen to these tunes and more songs by charitable artists on our Bright Star Spotify playlist! 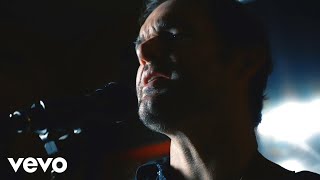